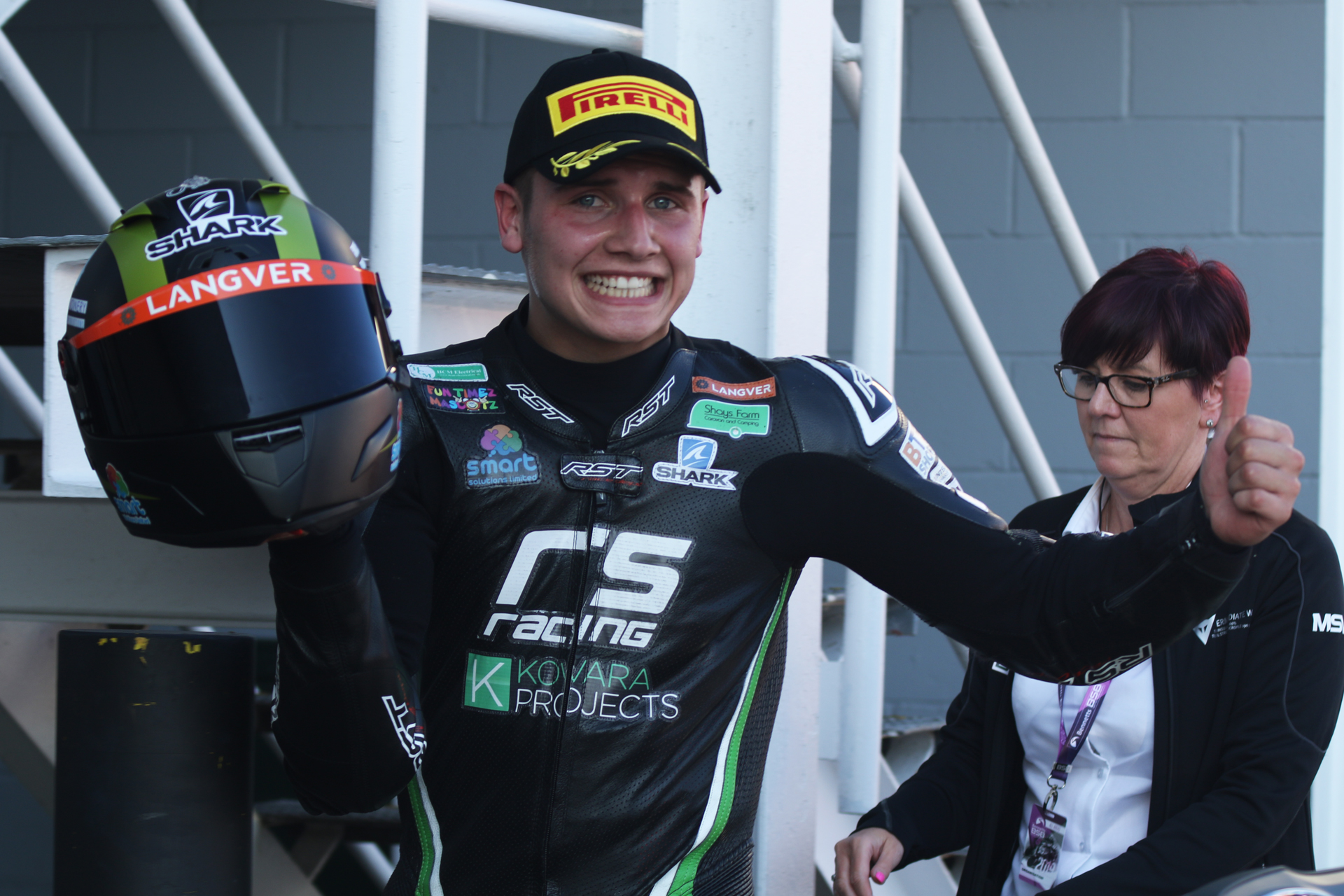 Radmat sponsored Jake Archer last year and are pleased to continue support and sponsorship for the team this season.

Jake started a new era in his career last weekend racing on a Moto2 machine for the RS Racing team. Having won 11 races on his way to the British Moto3 title last year Archer faces a tougher challenge this year to repeat his success after a collar bone injury pre-season has left him have little time to get up to speed with his new Moto2 machine.

In the first race he finished 23rd and fifth in the Moto2 category and in the second race 22nd overall and 6th in his class.

In the qualifying session late Saturday morning Jake Archer was beginning to develop more understanding of the bike. The goal at this stage of the season was to set a time of 59 seconds at this circuit and in fact Archer beat that ending with a 58.929. He would start 28th on the grid for his first British GP2 race.

The sprint race was 18 laps of the National circuit at Silverstone. Archer was slowly growing in confidence with the feeling of the bike. He started the race positively and was pursued by a Tomás De Vries throughout the race. He managed to fend off the Dutch rider crossing the finish line 23rd in the race and fifth in the British GP2 class.

The team tried made some big adjustments for the second race. Archer started 28th on the combined grid for the 26 lap feature race. It would take a few laps for Archer to get used to the new set up and as a result he lost a few positions early on. Archer was determined to continue his learning process with the new Moto2 machine and went on to set his fastest lap of the weekend, a 58.889. He recovered to finish race two in a very satisfactory 22nd position.

Jake Archer said,” We are having to play catch up even as the season starts, after my accident in Spain meant we missed several days of pre-season testing. The feeling with the front end was not great in the early part of the weekend but we are still learning the bike. In the first race I was battling with Tomás throughout which was good, especially as I also managed to keep consistent 59 second laps. At this round that was our target but to break into the 58s in the second race was a real positive and shows we are making progress.”

Jake Archer and Kyle will next be competing at the BSB round two on 4-6 May 2019 at Oulton Park.